If you’re looking for the THE BEST TH13 HYBRID/TROPHY Base 2021 | Town Hall 13 (TH13) Hybrid Base Design – Clash of Clans, then you have come to the right place. This base is one of the best base for coc Town Hall 13 available on YouTube. This Town Hall 13 coc base layout can be used for Trophy pushing. To know more about this TH13 best coc base, continue reading this post.

Hey guys, Dark BarBarian here, today we’re making a new Town Hall 13 hybrid base and I’m sure you are going to love it, This base is so good because of so many reasons about which I’ll tell you more later in this post. so don’t forget to read the base analysis where I’ll do a breakdown of the base so that you can understand why I’m putting certain buildings in certain places.

first of all, I’d like to explain, why all the cannons and mortars are placed outside the base, well, it’s because it was not possible to put all the storages and defenses buildings inside the base in this particular base design, so I had to make a choice whether I want to put storages outside or some defense buildings, so I decided to put some not so important defenses outside.

but placing these not so important defenses outside isn’t necessarily a bad thing, on the contrary, I’d say it’s a good feature of the base because our cannons and mortars distract the opponent’s defense attacking troops like golem, ice golem, and giants, then they start moving around the base from one defense to other, because of these cannon or mortar placements, and if someone wants to create a funnel by using wall breaker than these bombs come in action and destroy wall breaker before they can breach our walls.

overall, what this does is, bring uncertainty to the attack, as opponents’ troops aren’t going where they want them to go, this can potentially lead to panic by the attacker and eventually a fail attack.

As u guys can see, Townhall is well protected in the central part of the base just like my other hybrid base designs because it is important to keep it safe and secure as it is worth one star and has a decent amount of loot in it.

at town hall 13, the Giga inferno inside the town hall comes to help when opponents’ troops come within its range then it activates and do serious damage to enemy troops and its range covers pretty much most of our important defenses like air-defense, eagle artillery, scattershot, inferno, etc

now coming to the defenses,

Archer towers are arranged in such a way that their range covers the whole base except the core of the base which is not really required to be covered by them since we have other defenses in the center to take care of the core, which means the base is well secured against air attacks from all the sides.

The wizard towers are spread out, so that they don’t get taken out altogether while providing a balance to the base. they are placed in such a way they provide protection to the outer portion of the base.

Being one of the prime defenses at town hall 13, its placed right in the central compartment to prevent it from being taken out easily, apart from that its massive range pretty much covers everything except buildings in its 7 tile radius, so we don’t really have to worry about the range just need to make sure it’s well protected, which it is, as we have placed it in the core compartment.

Air defenses are placed away from one another in different compartments to protect them from being taken out by lightning spells in a group. they are placed in individual compartments near the core of the base.

inferno towers are one of the most important defenses we have at town hall 13, so it is our utmost priority to keep them safe while making full use of their potential to increase the effectiveness of the base, hence, I’ve decided to place them near the core of the base but at distance, because here, they are well protected as well as their range covers a lot of main defenses and important stuff like town hall and dark elixir storage.

you can set the mode of inferno tower according to the armies you’re getting attacked with, for low hitpoint and high troop count armies like miners, bowlers, witches, multiple mode is recommended, but against stronger armies with high hitpoint and lower troop count like golems, electro dragons and pekkas, single mode would be a better choice.

Coming to the heroes, this is where some people end up making mistakes, underestimating their effectiveness they place them in some outer compartment from where they can be easily lured, but in our base, recognizing their effectiveness, I’ve placed them right next to x-bows, because if they are a placed in a spot where they are not easily lurable, they can deal lethal damage to enemy troops especially to lava loon and hog armies, a queen combined with two air defenses can literally melt a lava hound in few seconds, effective of range of all the heroes is covering at least some portion of the core compartment which makes it even more protected.

Now coming to the placement of the traps, I’ve already explained why these spring traps giant bombs and bombs are placed outside,

these spring traps and giant bombs are placed according to the pathing of defense attacking troops like hogs and giants.

these air bombs, air mines, and skeleton traps set on air mode makes this base strong against air attack.

now coming to the outer buildings you can customize where you want to put them according to your choice. just make sure you don’t put the same type of collectors altogether, otherwise, the opponent will take all your loot in the collectors very easily, and one more thing you can also put them away from one another to prevent the chain lightning of electro dragon.

That’s it for the Base Analysis

I’ve left a copy link for this base in this post, so that you guys can easily copy this base, I’ll see you guys in the next one. 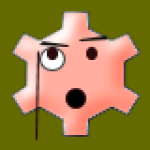